The Palace of Westminter on the north bank of the River Thames in central London serves as the meeting place for the two houses of parliament in the United Kingdom.

The current 'new palace' was the work of architect Charles Barry, with construction commencing in 1840 and lasting thirty years.
Since then the building (which gained Grade I listed status in 1970 and became a UNESCO World Heritage site in 1987) has undergone extensive work to counteract the effects of air pollution, as well as repair due to bomb damage caused during the Blitz.

By 2012, it was established that the building urgently required extensive retoration, with estimates exceeding £7 billion.
The work currently underway forms one of the most complicated restoration projects ever attempted. It is expected to be completed by 2031 and will require both houses of parliament to vacate the building in 2022.

Apollo Scaffold Services have provided 750mm X-Beams, 1300mm X-Beams and 1500mm X-Beams to the various contractors carrying out work on the exterior of the building, as shown in the pictures below.

Whether large or small, contact us with details of your project and our engineers will assist you in achieving the results you need. 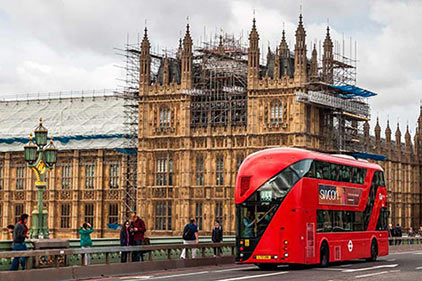 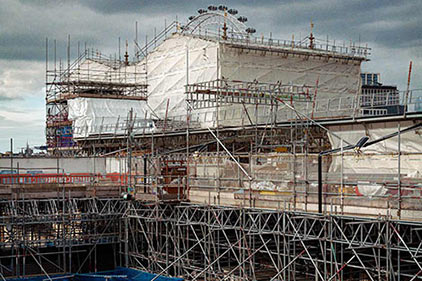 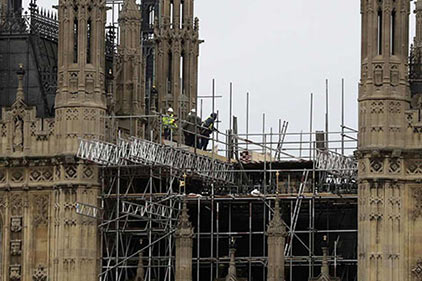 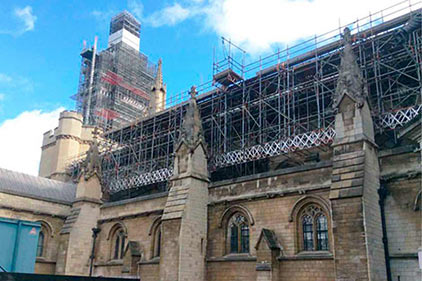 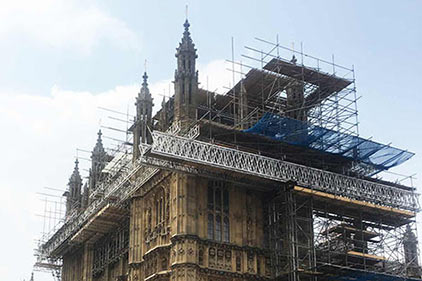 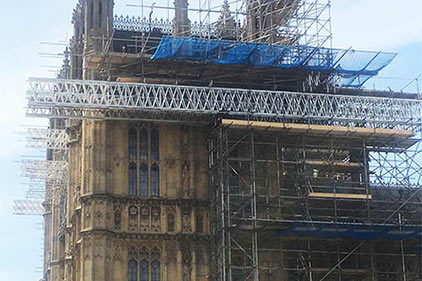 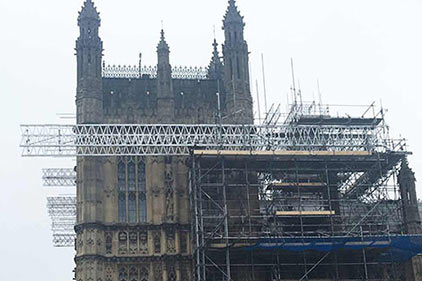 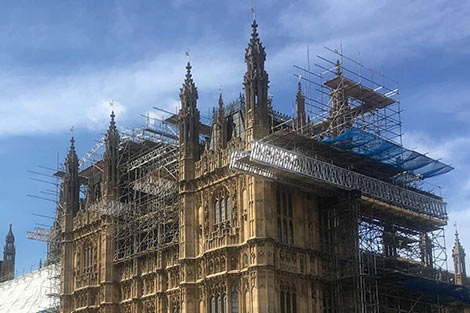 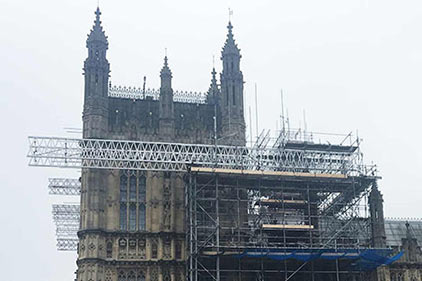 Apollo Scaffold Services' range of scaffolding products are manufactured in Britain.
We are proud members of the Made In Britain campaign which promotes British manufacturing both in the UK and overseas.